Automotive vehicles have come a long way from how they were first manufactured. Safety belts were not a requirement.  Fuel injection systems did not exist, and many cars had a lot of weight to run all the electrical systems on the cars such as the car lighting.

With how much technology has evolved, it has most certainly improved cars and how they are manufactured today.

In this article, we are covering some of the most common systems that did not exist in earlier model vehicles, but are present in almost every car today.  These systems tend to be finicky with any change or problem the vehicle does not understand and so we devised this guide to help you remedy any problems you run into with vehicles that are sourcing from the systems mentioned here.

Pulse Width Modulation or PWM for short is a system intended to help extend of the operating life expectancy of traditional filament bulb.    PWM pulses the electrical signal to the circuit on and off at certain voltage ranges and time.  This system is used with automotive vehicles as it helps reduce heat generated by the filament bulb.  PWM can also be utilized to provide a form of dimming for an LED lighting application.  Unfortunately, due to the voltage ranges supplied by an automotive PWM signal, it creates other problems other issues that may have some scratching there heads.  As it is, an LED replacement lamp reduces heat outputted by up to 40% so using a PWM signal with an LED headlight will not have any effect on operating temperatures aside from making the lamp behave abnormally.

A PWM signal rapidly turns low or high voltage signals on and off. In the auto industry, it’s very common to see low voltage PWM.  With a filament bulb, this system can also be used to reduce voltage to the circuit and provide a method of dimming down a filament bulb and turn it into what we all call a “Daytime Running Light’.

For an aftermarket LED headlight, it typically leads to one more of the following:

1) Flickering behavior that seems to go from a dim to high at a fast rate.

2) OBC (On Board Computer) faults or codes indicating a lamp is out.

3) Automatic shut off of the LED headlight as voltage exhausts from the circuit.

Lamp out faults can be triggered with an aftermarket LED headlight installed to a vehicle that uses PWM.

To help bypass this signal, there are various modules, or harnesses (that most refer to as “Anti Flicker” or even “Error Cancellers”) on the market today that can be used to bypass. The module must offer internal capacitance in order to ensure the signal is not directly affecting the LED headlight circuit.

How to bypass a PWM signal:

Decoders do not require any wire-tapping and will easily adapt to any automotive LED headlight and vehicles factory headlamp harness. 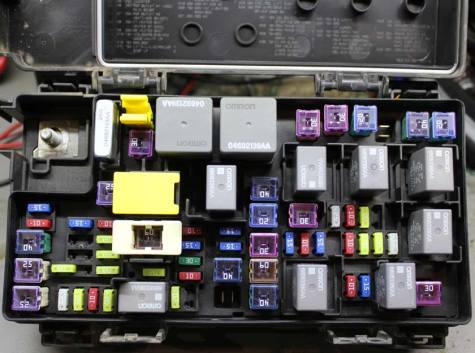 “Some of the most common vehicle makes that use a TIPM are Dodge, Ram, Jeep, and Chrysler.”

These acronyms just seem to be getting longer as automotive technology improves.  A Totally Integrated Power Module (or TIPM for short) is a module that uses various fuses and relay modules that control power going to various applications on the vehicle such as the engine control unit, transmission, drivetrain, electrical systems, audio, fuel delivery system, ignition and just about any main application present on the vehicle that is powered by the vehicles alternator.

A TIPM is a power distribution control box that takes and sends commands from almost every electrical system on the vehicle in the form of voltage or ground.

For those experienced or ASE certified mechanics, this is probably nothing new, but for those new to automotive LED looking for some knowledge, a TIPM system is similar to a circuit breaker but with a bit more control.  If this trips, whatever circuit is open will cease any function and no power will be sent.  Similar concept with TIPM.  If a relay module fails or does not receive a proper signal, it may affect other circuits tied to the relay module and so this leads us to how LEDs tend to affect these types of systems and what these systems may do to your aftermarket LED headlights.

A TIPM system will indirectly share the same ground to various circuits.  By introducing an LED headlight replacement to the main lighting application, such as the low beams, the resistance value, amperage, and load simulation will also change on the circuit.  This is where you tend to see problems occur as the TIPM is not receiving a proper signal and with the change to the load, and resistance, whatever other circuits that are indirectly connected to your low beams, through the same ground, may also be affected.  This is where the vehicle responds negatively to the LED headlights in order to protect the circuit as well as allow the other functions tied to the low beams to work like normal such as a parking light, or tail light that turn on together along with your main low beam lamps.

For TIPM system, you almost never see any problem when you install your new LEDs to your vehicle.  It is not until the ignition switch is in the ON position, engine is turned over (usually when OBC kicks in) that the TIPM system will engage and the problem will present itself.

“Decoders provide a 10W load increase….help remedy lamp out faults or codes stating the lamp is out.”

Some signs of a vehicle with TIPM can be:

To remedy any of the above issues, you may utilize the same Decoders used to bypass signal changes with circuits that have PWM signals.  The same internal capacitor will increase amperage on start up due to the charge of the internal capacitor and provide a supported DC current to the LED headlights as well as read back to the TIPM that a lamp is working here as it normally should.  The decoders provide a 10W load increase due to the resistors that are built into the module.  This alone will help remedy lamp out faults or codes stating the headlight is out.  Some of the most common vehicle makes that are notorious for using a TIPM system are Dodge, Ram, Jeep, and Chrysler.  It’s rare to see this type of system on foreign vehicles but with how beneficial a TIPM system is on these type of cars, it is no question as to when other vehicle makers will begin utilizing the same or a similar system. 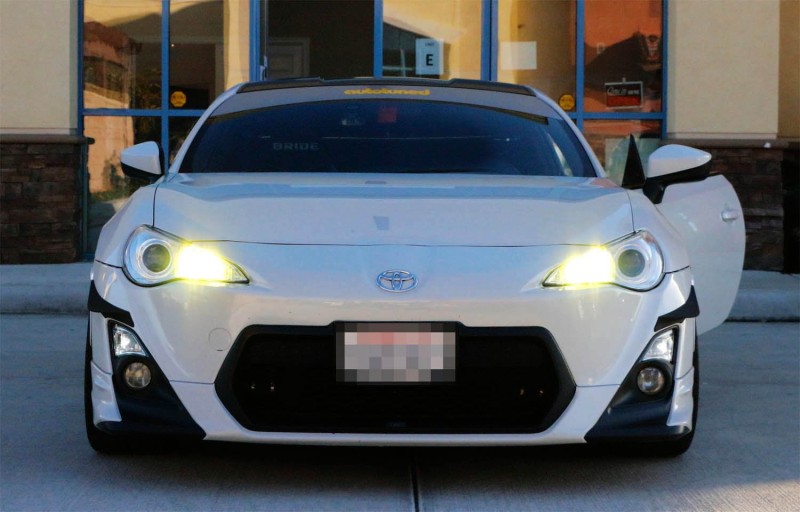 A daytime running light is an automotive lamp that provides front head lighting for an automotive vehicle and is primarily used to increase a vehicles noticeability making it easier for other drivers to see your vehicle at a distance.  These lamps tend to emit a white, warm white, or amber light.  DRLs can be tied to turn signal or headlamp circuits.

Various Japanese vehicles have the DRL function tied to the high beams, and others are separate.  For vehicles that have dedicated DRL’s, the current supplied from the vehicle is usually around 12V DC and therefore supported by the LED lamp.

When you have those vehicles that run a high beam along with a DRL, on the same circuit, there tends to be a negative reaction from the LED headlights you install.  This is mainly due to the amount of voltage supplied while the DRL is engaged.

Some of the most common negative behaviors are mentioned below as well as why it occurs:

Decoders are by far the best option to try and should always be the first to utilize on the vehicle as they are easier to install.

For those vehicles that do not accept an inline decoder module and still show the same problems then there is still hope.

Some of those solutions can be:

Communicates via OBD to code your vehicle.

There are also various 3rd party softwares that can be downloaded to a mobile smartphone device that will communicate to a wireless Bluetooth OBD reader.  The OBD reader connects to the OBD connector which then talks to your smartphone through the same software that is downloaded.   An example would be apps such as ‘Bimmercode’ and ‘Carly’ that allow you to code certain functions on the vehicle and it’s typically not just limited to lighting.  This type of solution is geared towards experienced DIY individuals or professionals as there is coding involved and extra tools are necessary in order to allow you to flash your vehicle.  With this option, you are essentially programming your vehicle that way you want it to be such as how you want your signals to flash, or disable the DRL function on your car.

Unfortunately, we do not have specialize with programming vehicles but can certainly help you find sources that can better assist you.  Again, it’s not recommended to everybody but certainly an option to consider as it’s not as costly as going to a local dealer.

Other workarounds for DRL problems: 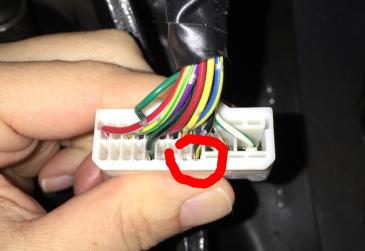 “Disabling a DRL function can be as easy as cutting or de-pinning a wire that connects directly to the ECU.”

There are also other more technical methods of disabling the DRL system as well.  We cannot go into detail as every vehicle is a bit different but for vehicles such as Tacoma’s, disabling a DRL function is as easy as cutting or de-pinning a wire that connects directly to the ECU(Not all vehicle makes).  Lastly, you can also contact a local dealer so that they may reprogram the vehicle.  Certain manufacturers program there vehicles to have a DRL function to accommodate for local laws and regulations and do require a DRL on the vehicle at all times.  They can also disable the DRL function all together eliminating any possibility for voltage changes from making the LEDs behave abnormally.

Using LED headlights can be something new for most and if you are ever not certain on whether or not such systems are present, give the guys at JDM a call.  Our friendly technical support team have hands-on experiencing on how to remedy these types of systems.  We can help alleviate the frustration behind a flickering headlight or save you some labor with your new LED headlight installation so if you have any concerns or just need some guidance, contact the car lighting pros!  And remember….

“LED JDM Astar light your way down the road!”